SOWING THE WIND by ED FOSTER

Certain poems—certain poets—deliver wisdom through their words. Ed Foster is one such poet as revealed in his latest collection, Sowing the Wind. Sagacity appears as quickly as with the first poem: 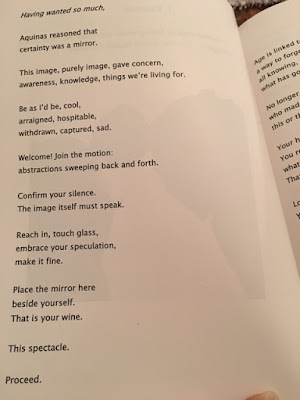 where the very first line “Having wanted so much” alludes to that basic and common source of human anguish: desire. As such, the mirrored spectacle of one’s self also becomes one’s “wine”—this poem unfolded so deeply, so wisely.

The poem…
… is not conscious of change

yet is nothing but change.

the deception (or limits) of language—

Language may say
what to feel,
not what is felt.

the fragility of eros—

Sit here above the raucous street,

a sense that is distraught, nothing left to be since nothing was lost aside from what we thought was there

the power of love’s magnet—

…you assume that this friction skin enhancing skin, is all you’ll ever need. So I bend down, head against sand to honor you, procuring from the light and waves the calm you never give. The time of innocence is gone, a sky lit up by sparks, particles of sun. When I lean down, the memory is strong, the sand is gone, and, in its place, I reconceive the moment I first knew you. Or thought I did.

I don’t think he could ever understand why it would be OK to fall off a ladder, just as long as you never knew anything more after  you hit the ground. Think about it. Think about falling. Falling through air. No phones. No husband. No wife. Just air.

And so much more. There’s also a narrative story here, incomplete in its surface and with what might complete its tale present only as evocations. I’ll simply accept what’s noted in the subtitle—that this book is a “requiem.” And it’s A Requiem in the Modern World, a reference to modern that befits the world lined out through not just the verses but the epigraphs, photographs, and philosophy.

Sowing the Wind deserves multiple readings. Each time, I promise, you’ll linger simply over the beauty and/or haunting of what are described and (it seems) deliberately failed to be described. This is a poet who knows when to hold back in order to magnify the reader's engagement.