THE PALACE OF FLOWERS by GERRY GRUBBS and MAKING SPACE: A NOTEBOOK by Sandra Lim

The Palace of Flowers by Gerry Grubbs

From the title, I expected flowers. And I did receive them as gifts—so lovely are so many of these poems! But what I did not expect was the larger sense of a discourse, or meditations, on the various qualities of time.

Just before I read the first poem in Gerry Grubbs’ The Palace of Flowers, I was reading a statement by Tennessee Williams: “Time is the longest distance between two places.”

Did that affect my read? No, but Grubbs’ poems made me go back to Williams’ statement. For Grubbs’ concern with time is evident in many poems, especially in the first section. The first section, and the book, after all opens with this first poem:
(click on all images to enlarge) 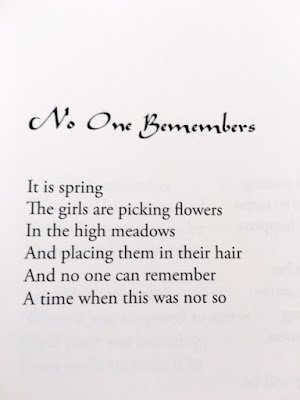 Then, here’s the second poem which I also present here in full—and I present them on their own as their presence speaks for themselves: 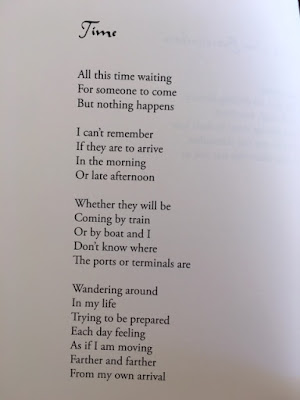 Why flowers then? Well, we think of their beauty of course, but also their temporality, their evocativeness, their fragility, their very obvious manifestation of mortality (the lovelies do fade so quickly), and so on.  All such qualities are present in Grubbs’ poems—in part, I assume, because they also are inspired by the lyrical and ineffable merits of Persian poetry (hence that book cover). Here’s an example that didn’t require me to uncork a bottle to appreciate: 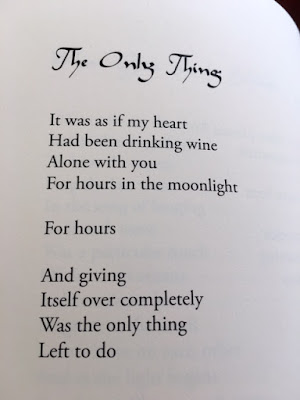 One of my favorite poems is “Fed,” which starts with the reference to “yellow flowers” before blossoming (sorry, I couldn’t resist) into a celebration of the color yellow and, in the process, feeding (again, I couldn’t resist) the reader with a satisfactory psychological interaction. 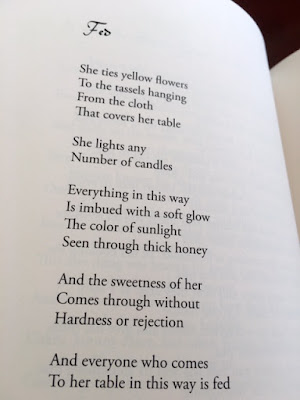 When I arrive at the book’s Page 42, and read its poem there, 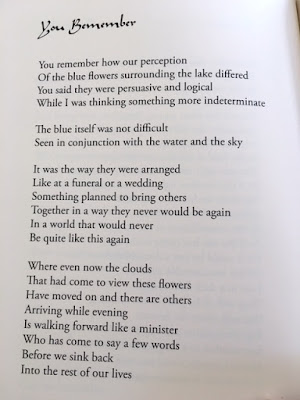 I realize that The Palace of Flowers is actually about a specific desire to collapse time so there is no distance (per the Williams quote). Such a concept exists. While it’s been addressed by others in many ways (e.g. Buddhism), from my research I think of Filipino “indigenous time.” Specifically, there's an image from pre-colonial Philippine times of a human standing with a hand lifted upwards; if you happened to be at a certain distance from the human and took a snapshot, it would look like the human was touching the sky. In a poetics essay in my book THE AWAKENING (theenk books, New York, 2013), I describe the significance of this image as:

In the indigenous myth, the human, by being rooted onto the planet but also touching the sky, is connected to everything in the universe and across all time, including that the human is rooted to the past and future—indeed, there is no unfolding of time. In that moment, all of existence—past, present and future—has coalesced into a singular moment, a single gem with an infinite expanse. In that moment, were I that human, I am connected to everything so that there is nothing or no one I do not know. I am everyone and everything, and everything and everyone is me.

Hearkening this indigenous space/, I even discover a gift that celebrates my 30th wedding anniversary this year—this poem: 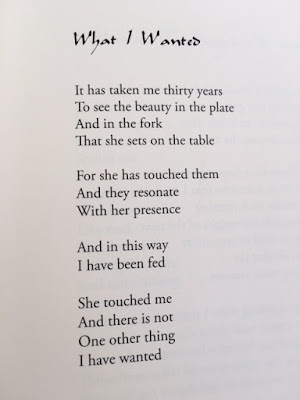 It’s amusing because, in my case, I lack most domestic goddess skills so that I actually read the “she” and “her” in the poem to be my husband who loves to cook. Yet the poem generates sufficient empathy for me to apply it to my marriage: “there is not / One other thing / I have wanted.” [Note to self: print out this poem and review and make it your anniversary present to your husband; after 30 years, it’s almost impossible to find presents for the dude.] And, in marriage as well as other matters, it would have been great (perhaps) if I had known earlier what required me 30 years to understand...

The Palace of Flowers succeeds because it offers poems so lovely the reader easily inhabits them. In the space of a poem, time is different: everything can be all there in that moment of a poem snapshotted on a page. The experience is often marvelous, and I heartily recommend this book. Its palace door opens, by the way, with this epigraph-poem:

The Palace of Flowers

How can you resist?

I mention above the quote by Tennessee Williams. I came across it in Sandra Lim’s wonderful chap, MAKING SPACE: A NOTEBOOK. Here’s the specific excerpt:

“Time is the longest distance between two places,” writes Tennessee Williams. Time is an idea about place, listing like a houseboat, raging like a forest blaze.

Lim’s notebook is the result of writings during a residency in Wyoming, and is wide-ranging in subject and lyrical in style. Though the matter of place arises—enhanced by the specificity of the Wyoming landscape (that is different from Lim’s everyday environment)—her writings go beyond landscape, as in the opening wide-ranging entry: 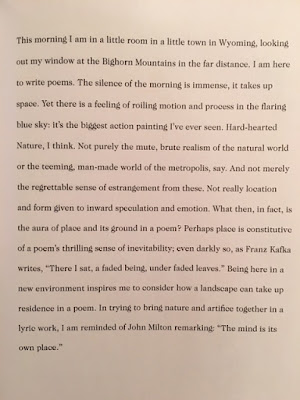 That’s prose by a beautiful mind.

MAKING SPACE is the kind of notebook that I wish I could muster, but so far haven’t within the confines of my overloaded life—my lifestyle’s “brute realism,” as Lim puts it. For Lim, it seems that a writing residency enables one to slow down and meditate and that’s what happened here with Lim. The results are wonderful, capturing the ineffable as much as Grubbs does in his poems, and certainly attest to the advantages of a residency at a writers’ or artists’ colony. Lim, as well, writes about time: 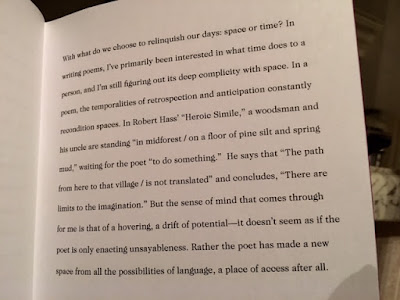 As you can see by the excerpts, Lim’s prose sings. Let me leave you with one more of her notebook songs: 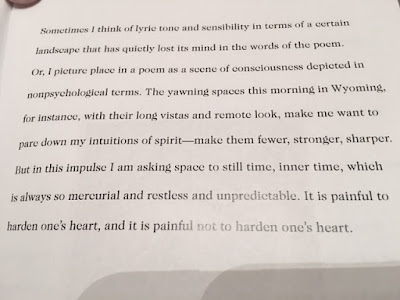